The Florida Association of Children’s Hospitals (FACH) has issued the following response to a Florida Politico opinion article related to recent budget cuts to children’s hospitals by the Florida Legislature:

In his opening remarks for the Legislative 2022 session, House Speaker Chris Sprowls asked Legislators “What are we willing to risk to improve the lives of the people of Florida?” When it came to the elimination of the Critical Care Fund (CCF), it seems the Legislature was willing to take a big risk. The CCF supported Florida Medicaid patients’ (who are overwhelmingly children) access to the highly specialized care they need. Legislators blamed duplicative funding and the “hospital industrial complex” for the cut.

It’s true there has been a multi-year effort to find an equitable approach to hospital funding in Florida. This is a complex and compelling endeavor, requiring more than just a cursory knowledge of funding sources, licensing requirements, current data and facts – not opinions – to be successful.

Unfortunately, the “critical win” for HCA, AdventHealth and Baycare – all major health systems in Florida – was a critical loss to individual children’s hospitals that serve high percentages of Medicaid patients. Florida’s children’s hospitals provide the majority of hospital care to newborns and children, and 72% of all inpatient hospital care for children 17 and younger. They operate 98% of pediatric transplant programs and 98% of pediatric open-heart surgery programs in the state. Most also operate a Level I, Level II or pediatric trauma center, and several are considered major teaching hospitals, recognized for providing hands-on training for future generations of pediatric nurses, doctors and surgeons.

Given the high percentage of pediatric Medicaid patients, Medicaid reimbursement is a key portion of most children’s hospitals’ revenue. But policy makers can’t really be sure just how much, because the 2019 Florida Medicaid Specialty Children’s Hospital Reimbursement Review commissioned by the Agency for Health Care Administration (AHCA) only collected Medicaid data from “stand-alone” children’s hospitals. Nearly 75% of Florida’s other children’s hospitals – ones connected to larger hospitals and licensed as “clinical laboratories” by AHCA – were excluded from the study.

The reason for the exclusion, according to the report, was that stand-alone children’s hospitals have lower Medicaid reimbursement rates and cannot cost shift, but the other Florida children’s hospitals can use revenue generated from care provided to patients with commercial insurance to make up for Medicaid losses. That’s faulty logic, and you don’t need to ask any commercial health insurer why.

The facts are these: A little more than half of Florida’s Medicaid population is under the age of 19. Most of Florida children’s hospitals treat disproportionately high numbers of Medicaid patients. And funding for Medicaid hospital services has consistently declined since 2014, even though nearly everything else is dramatically increasing in cost. Critical care funding may have been responsive to the coronavirus pandemic and benefitted Florida’s children, but it certainly did not produce a “banner year” for hospitals’ bottom line.

And yes, there’s a whole conversation to be had about the “hospital industrial complex” and the health care marketplace in general. But to malign Florida’s safety net hospitals is to malign some of the state’s best teaching hospitals, public hospitals and children’s hospitals, which not only “care for ill babies” but also perform pediatric heart surgery and catheterization, kidney, heart and lung transplants; provide perinatal intensive care; maintain pediatric trauma centers; and provide many other significant life-saving treatments and care.

Florida’s children’s hospitals are not in the business to make a profit; they operate because they know unhealthy children grow up to be unhealthy adults; that poor health and low income go hand in hand; and that the consequences of both on our state and nation are profound. And while policy makers still assert that Florida’s hospitals have sizable profit margins, data from 2020 shows that year’s profitability was actually less than it was in 2019 (profit margin data from 2021 is not yet available).

Despite this, the 2022 Legislature still cut $311 million in non-recurring critical care funding to 28 individual hospitals, not hospital systems. That’s roughly $11 million per hospital, although some hospitals received higher cuts and some received lower cuts. At the same time, the Legislature allocated about $85 million in recurring general revenue to five individual hospitals; four of these are children’s hospitals, one is not. That means once again, nearly 75% of Florida’s children’s hospitals were left out of consideration, maybe for many years to come.

This is grossly inequitable to Florida’s children, and we ask for an opportunity to work with the Legislature, AHCA and other relevant parties to rectify this moving forward. Our children deserve better.

New research supported by the Safety Net Hospital Alliance of Florida and the Florida Hospital Association, and conducted by IHS Markit, is sounding the alarm on a growing physician shortage fueled by rapid population growth alongside a steep cliff of physician retirements. The report states that if current trends continue, the projected shortfall in Florida would amount to 17,924 physicians by 2035. This shortage would mean patient access to primary and specialty physicians would only be sufficient to meet the needs of three fourths of the state’s population by 2035.

The 32nd edition of the Annie E. Casey Foundation’s KIDS COUNT Data Book describes how children across the United States were faring before — and during — the coronavirus pandemic. This year’s publication continues to deliver the Foundation’s annual state rankings and the latest available data on child well-being. It identifies multi-year trends — comparing statistics from 2010 to 2019. In addition, the report shares data on how families endured the pandemic, sharing data from the Census Bureau’s Household Pulse Survey.

Once again, several FACH member hospitals have ranked in the top 50 among all U.S. children’s hospitals. Read more here.

Read it in the South Florida Hospital News

“The Florida Legislature recently released budget proposals that would result in significant cuts to hospitals, including a base rate reduction and the elimination of the Critical Care Funds. While both chambers have provided protections from these cuts to several specialty-licensed, or free-standing, children’s hospitals, the majority of children’s hospitals that exist within larger health care systems would experience disproportionately large reductions in inpatient and outpatient funding.”

According to Axios, hospitals have experienced a sharp increase in mental health emergencies among youngsters. Health professionals are concerned about the role social isolation has played on their mental and emotional wellbeing during the pandemic.

Despair Deepens for Young People as Pandemic Drags On

All 50 states and the District of Columbia were assessed on more than 40 measures of access to health care, quality of care, efficiency in care delivery, health outcomes, and income-based health care disparities. This is in context with the impact of the coronavirus pandemic.

As the coronavirus pandemic continues to get worse, it’s more important now than ever to safeguard the health of America’s children. While children are less likely than adults to experience serious symptoms from COVID-19, they are still able to contract the disease and spread it to others. Children also may be less apt to practice good hygiene than adults, so now is a good time to teach them how to stay clean and minimize their chances of getting sicLuckily, around 95% of children ages 0 to 18 have health insurance. However, the high coverage rate hasn’t translated to lower health costs for parents. According to a recent study, health care costs have risen to almost twice their level in the 1980s. Some families can find relief through Medicaid or through the Children’s Health Insurance Program (CHIP). However, many people who don’t qualify for government assistance will still struggle, especially in the difficult economic situation caused by COVID-19.

But it’s a different story in every state. WalletHub therefore compared the 50 states and the District of Columbia across 33 key indicators of cost, quality and access to children’s health care. The data set ranges from share of children aged 0 to 17 in excellent or very good health to pediatricians and family doctors per capita.

Don't Cut Our Capacity to Care for Children

Children's hospitals, which provide the majority of hospital care to newborns and children and 72% of all inpatient hospital stays for children 17 and younger, are targeted for half of these cuts. Ask your legislator to protect children’s health care! https://t.co/x22oy3cP6g

A good time of year to say thank you to FACH member hospitals, who partner with policy makers in Florida to develop and implement policies and programs that improve child health outcomes, efficiency and cost effectiveness. pic.twitter.com/cldk7XKLZs 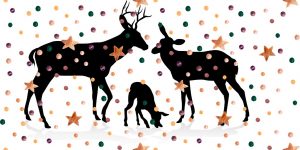